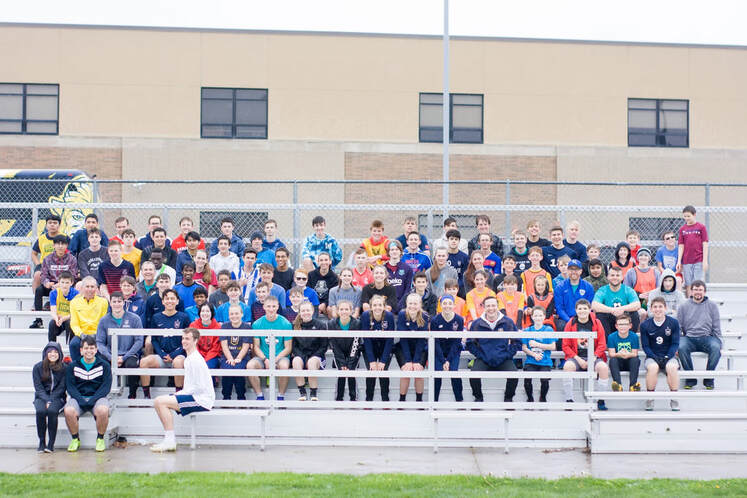 Join us on April 23, 2022 for an afternoon of fun, technical training, and teaching from US National & College Coach Jeff Pill & the MBU college soccer teams. 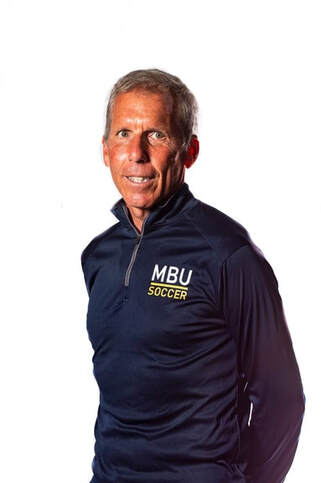 Education Coaching Experience Playing Experience - Achievement BackgroundJeff Pill joined the Maranatha athletics department as college soccer coordinator in 2008. He currently serves as the men’s soccer coach and oversees the women’s team. In his first year at Maranatha, Coach Pill led the men’s team to its first NCCAA Midwest Regional Championship since 1990 and a fifth-place finish in the national tournament. In 2014, Pill led the team to its first-ever NCCAA National Championship Title.
Before coming to Maranatha, Coach Pill served as Women’s National Staff Coach for U.S. Soccer and assistant coach for the U19 National Team with an international record of 11-0-1. Since 1994, Pill has been part of the National Instructional Staff, including helping train the 1996 U.S. Women’s National Team Olympic team and coordinating the Under-14 Girls National Team program. His 40-year career in soccer also includes coaching at New Hampshire College and high school soccer at The Derryfield School in New Hampshire. His Derryfield teams won seven consecutive state championships (1986-1992). His record there included a 69-game winning streak and 122 games without being shut out.

In addition to his USSF “A” License, a NSCAA Advanced National Diploma, and a National Youth License for coaching, Pill’s awards include five New Hampshire Coach of the Year awards, Sportsman of the Year, New Hampshire Senior All-Star Coach, and the President’s Award from the New Hampshire Soccer Association. Pill has served on the New Hampshire Senior All-Star Selection Committee, has served as Vice President for the New Hampshire Coaches Association, a has filled the role of technical reporter for FIFA during the 1994 and 1999 World Cup games, and has been the Director of Coaching for the New Hampshire Soccer Association. During his seven years as Director, player registration increased from 5,000 to 30,000.
One of Coach Pill’s achievements is seeing many of the players he worked with go on to coaching positions and seeing many of the coaches that have come through the coaching programs make an impact on the state, regional, and national levels. Another achievement is having some 20 players that he coached at the youth national level go on to make the United States Women's National Team roster.  Some other memories include coaching the first-ever female games in two renowned stadiums, Maracana in Brazil and Jalisco stadium in Mexico, working for FIFA during the 1994 Men’s and 1999 Women’s World Cups, being asked to assist the Men’s National Team as it prepared to play Mexico, coaching the U19 Women’s National Team, and scoring the winning goal in the Dunbarton, N.H., 2v2 basement league championships against his son’s team. Jeff Pill’s family includes his wife, Shari, and his three children, Sarah, Hannah, and Taylor.*
*info from http://mbusabercats.com/sports/msoc/coaches/Jeff_Pill?view=bio